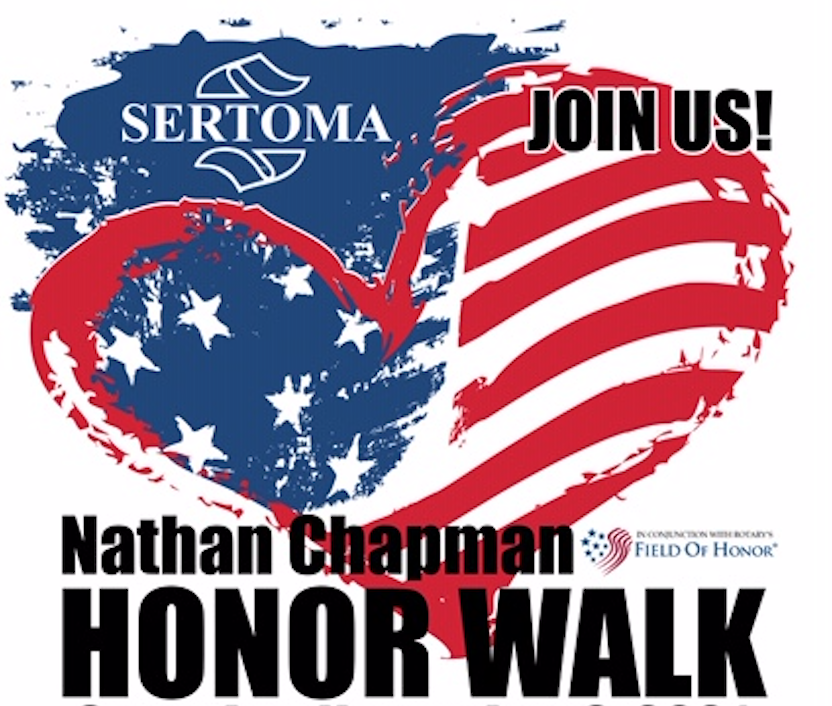 If you are interested in ordering a Flag for the Field of Honor® follow this LINK and list Georgetown Sertoma where it asks for affiliate sales. This will send a portion of the proceeds back to our club!
Flags are $40

A Special Event to honor those who serve:

The Sertoma Club of Georgetown is participating annually in the Field of Honor® event hosted by the Georgetown Rotary Club, as part of our National Heritage projects. The initial event took place in 2017 with the display of 1400 full size American Flags by the Georgetown Rotary Club growing to an estimated 1500 flags in 2021. Sertoma is participating by hosting an event in conjunction with Heroes Night Out and the Wilco Blue Star & Gold Star Mothers during the week long Field of Honor® activities from November 5 to 13th.

The Walk is a 5k with water stops along the way (playground and restrooms nearby). Walkers have the opportunity to announce the name of the Veteran or First Responder they are walking to honor. The event starts and ends at the Field of Honor®.

The purpose of the Field of Honor® is to recognize those Veterans and First Responders who serve in harm’s way to keep us safe and free. This event is named in honor of Nathan Ross Chapman whose military career spanned 13 years. Army Sergeant First Class Chapman, with 1st Special Forces Group, became the first American soldier killed in combat in Afghanistan. On September 11, 2006, a bronze casting dedicated to Chapman’s memory was put on display at the Georgetown Courts Building where it resides today.

The start and finish of the Nathan Chapman Honor Walk takes place at the Field of Honor®  located on the Activity Field on Chamber Way.  The 5k walk will have water stops along the way.  A playground and rest rooms are nearby. All walkers will be given the opportunity to announce the name of the Veteran or First Responder they are walking to honor.

A nominal fee of $10 for Veterans and First Responders and $25 for other walkers is requested. The event will be posted on social media for registration, Sertoma website: gtxsertoma.org and be available the morning of the event. Proceeds from the event will be provided to Heroes Night Out and Wilco Blue Star & Gold Star Mothers.

Flags can be purchased and dedicated to your heroes at the Field of Honor® event tent. 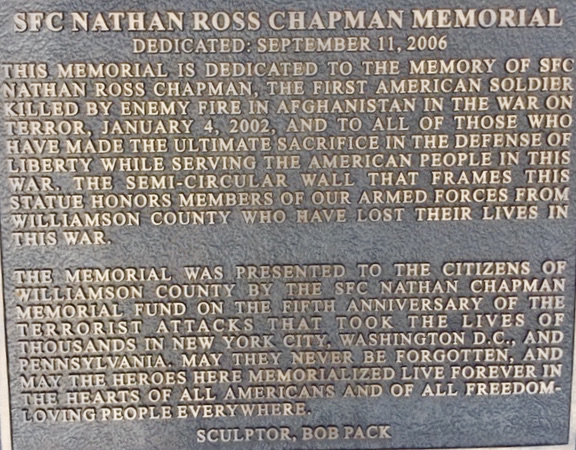